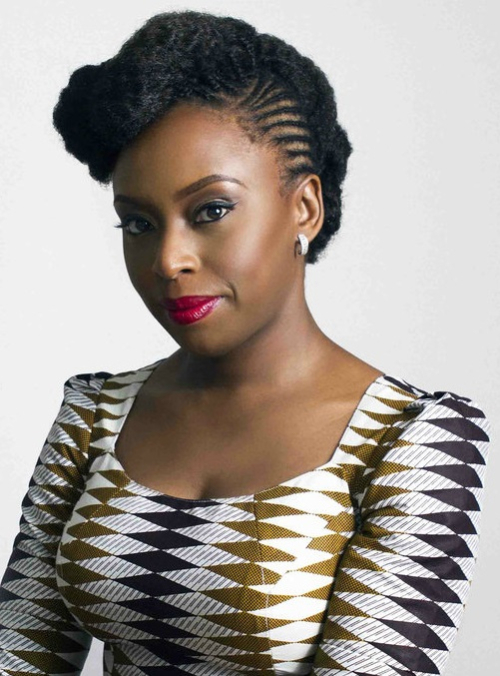 She has three published novels -- Purple Hibiscus (2003),  Half of a Yellow Sun (2006),  and Americanah (2013).  Her latest book, Dear Ijeawele, or a Feminist Manifesto in Fifteen Suggestions, is a collection of short stories. As a young author, she has been nominated and received of so many awards for her writing that we stole the chart from Wikipedia. 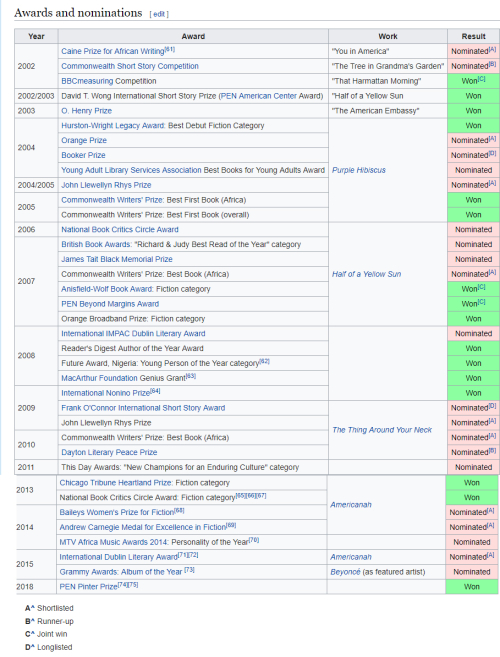 That's not to mention:

Ms. Adichie was born into a large Nigerian family. During the Nigerian Civil War, her family lost both maternal and paternal grandfathers and most of their possessions. Her family migrated to the city where her father worked as a professor of statistics at the University of Nigeria and her mother was the university's first woman registrar. She move to the United States to study medicine at Drexel University. She transferred to Eastern Connecticut State University to be near her sister Uche.  She graduated summa cum laude from Eastern Connecticut State University. Her first novel was published the year she graduated from Johns Hopkins with a master's in creative writing. She was a Hooder fellow for the school year 2005-2006, the MacArthur Fellowship in 2008 and the Radcliffe Institute for Advanced Study, Harvard University for 2011-2012.

Having grown up in Nigeria, she knew about division based on someone's religion, social class, and ethnic division (Igho people). She had never been identified by the color of her skin. She experienced racism for the first time when she came to the United States for college.

Because of this, she has a unique perspective to look at racism in the United States. She is a powerful advocate for feminism. A consummate storyteller, she is a smart, eloquent speaker with smart and interesting perspectives on racism and feminism.

Haven't read Chimamanda Ngozi Adichie? We recommend that you read Americanah. This best selling novel has been translated into thirty languages and is in development for a television miniseries, starring and produced by Lupita Nyong'o. It is also highly readable. 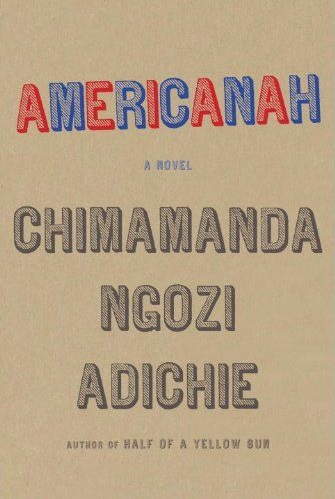 Her TedX talk on the Danger of a Single Story has more than 4 million views and is frequently assigned for college students to view.