For #BlackHistoryMonth, we highlight the work of West African poet and American slave -- Phillis Wheatley

For Black History month, we wanted to shine our light on the tremendous work done by African-American women fiction authors. 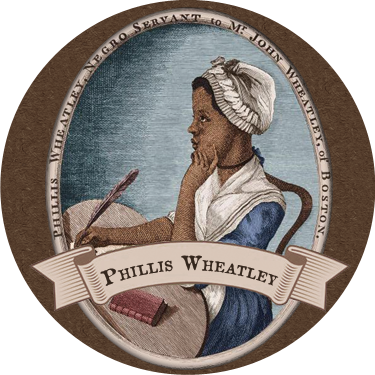 Phillis Wheatley was taken from her family and sold into slavery when she was seven or eight years old. (Because there are a lot of Wheatley's in this biography, we will call her by her whole slave name.) She survived the journey to American and landed in Boston in July 1761. A physically small child, and possibly sick (she struggled with asthma), she was sold as property to Boston merchant and tailor John Wheatley. He is said to have purchased her as a house slave for his wife, Susannah. The Wheatleys named their slave "Phillis" and, as with most slaves, she was given their last name "Wheatley." Her birth name and place of birth are unknown.

As one might train a pet, Mary Wheatley, daughter of  John and Susannah, taught Phillis to read and write. Her brother, Nathaniel, is said to have participated in this training. Much to their surprise, Phillis Wheatley took to reading and writing. While still upholding her responsibilities as a house slave, Phillis Wheatley, was able to read in Greek, Latin, as well as difficult passages in the King James Bible by the times she was 12 years old.

Phillis Wheatley wrote her first poem, "To the University of Cambridge, in New England," when she was 14 years old. Excited that their property had literary ability, the Wheatley family allowed Phillis Wheatley to continue her education by leaving the household labor to their other domestic slaves. In service of her owners, Phillis Wheatley turned her attention to writing poetry.

As you would a prized possession, the Wheatleys frequently showed off her writing capacity to their friends and family. Much of her poetry could be seen as a celebration of America. She corresponded with George Washington, with whom later met. Thomas Hutchinson, governor of Massachusetts; John Hancock; Andrew Oliver, lieutenant governor; James Bowdoin; and Reverend Mather Byles were some of the early colonial leaders who supported her work. Dr. Benjamin Rush, one of the signers of the Declaration of Independence, was also a supporter of her work.

In 1773, Phillis Wheatley accompanied Nathaniel Wheatley to London because her owners believed that Phillis Wheatley would have a better chance publishing her book of poems there. She had an audience significant members of British society including the Lord Mayor of London. Editorials in London chastised the Wheatleys for keeping Phillis Wheatley as their property. She was called back to America due to the illness of her master, Susanah Whealey.

Phillis Wheatley married free-black entrepreneur and grocer John Peters in 1778. She attempted to get a second novel of poems published but was unable to. She and Mr. Peters struggled financially during the revolutionary war. He as sent to debters prison in 1784. Forced to pay off their debts and care for her sickly infant son, Phillis Wheatley returned to housework. She worked as a scullery made at a boarding house. She died December 5, 1782 at the age of 31. Her infant son did not survive her death and is said to have been buried with her.

Modern scholarship believes that Phillis Wheatley published 145 poems in her life. Of the numerous letters she wrote to national and international political and religious leaders, two dozen notes and letters have survived. Most of her work has been lost.

While often chastised for seemingly not speaking out about slavery, one cannot overlook the fact that Phillis Wheatley was the property of the Wheatleys. Speaking against slavery would have been taken by the Wheatleys as insubordination. This may have led to her severe punishment or the punishment of those she cared about.

After freed, she wrote a letter that was repeatedly published in Boston newspapers in 1774. In the letter, Phillis Wheatley equates "American slaveholding to that of pagan Egypt in ancient times: 'Otherwise, perhaps, the Israelites had been less solicitous for their Freedom from Egyptian Slavery: I don’t say they would have been contented without it, by no Means, for in every human Breast, God has implanted a Principle, which we call Love of freedom; it is impatient of Oppression, and pants for Deliverance; and by the Leave of our modern Egyptians I will assert that the same Principle lives in us.'" (Excellent article about Phillis Wheatley in Poetry Foundation.) 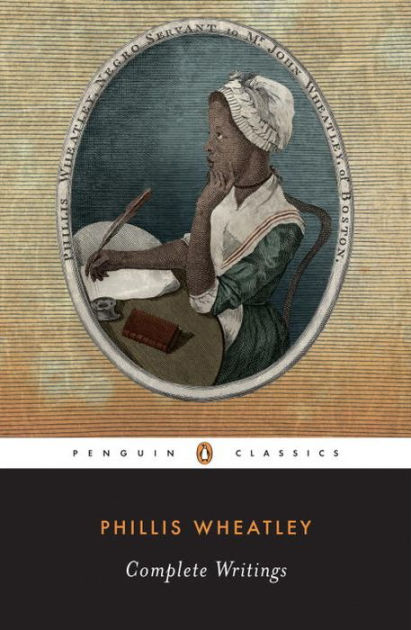