For #BlackHistoryMonth, we highlight the work of historical fiction author -- Maryse Conde 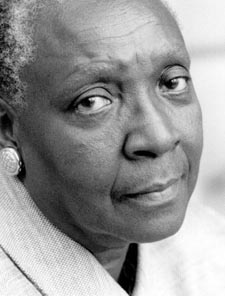 Ms. Condé's historical fiction brings to life issues of race as they impact gender and cultural issues. She has the tremendous ability to bring life to overlooked characters in history. Rather than hitting us over the head with these important issues, she delicately unfurls the lives of those who live in these times. In that way, we feel the constrains of race, gender, and social roles as if we were living through them.

Moreover, Ms. Condé uses vivid characterizations to lay bare the often overlooked experiences --  a slave in Puritan New England,  African people brought to the Carribean to work as slaves in plantations, the side effects of large infrastructure projects on poor people of the world, and even the death of the weird little guy in a small town.

Here is a highlight of three of her novels to give you a sense of the breadth and depth of her work:

Ms. Condé brings to life the important issues that are currently at play in many of our current political and social issues.

She is a scholar of Francophone literature and Professor Emerita of French at Columbia University.

She is the recipient of the Grand prix littéraire de la Femme (1986), Prix de L’Académie francaise (1988), and the New Academy Prize in Literature (2018) for her novels.