In celebration of Dorothy Parker's birthday, here are five of her quotes about writing. 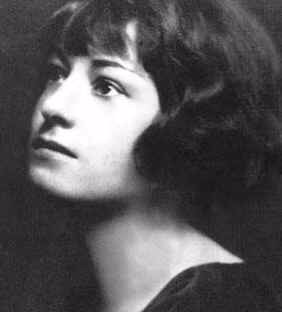 Dorothy Parker (1893-1967) was and American poet, short story writer, critic, and satirist. She was best known for her sharp tongue, smart wit, and prolific output. She had a particular eye for the odd and magnificent of the 20th century. She was a founding member of the Algonquin Round Table.

2. "If you have any young friends who aspire to become writers, the second greatest favor you can do them is to present them with copies of The Elements of Style. The first greatest, of course, is to shoot them now, while they’re happy."

3. "I'd like to have money. And I'd like to be a good writer. These two can come together, and I hope they will, but if that's too adorable, I'd rather have money."

4. "To me, the most beautiful word in the English language is cellar-door. Isn’t it wonderful? The ones I like, though, are 'cheque' and 'enclosed.'"

5. "I'm never going to be famous. My name will never be writ large on the roster of Those Who Do Things. I don't do any thing. Not one single thing. I used to bite my nails, but I don't even do that any more."