Episode 02 -- Emma Newman talks promotions, readers, and the world of publishing while female and British 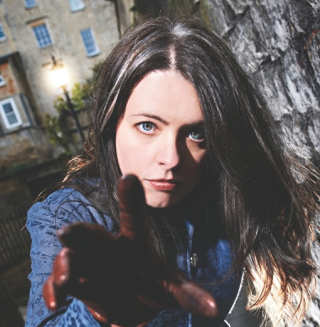 Emma Newman's book are wildly creative, great fun, and brilliant. Emma joins us to talk about being a writer who happens to be female. She tackles the genre of Science Fiction, Urban Fantasy, and Historical Fantasy. She talks fast and has a lot to say. This is a fast and furious interview with someone who really knows her topic.

Emma's Bio: Emma Newman writes dark short stories and science fiction and urban fantasy novels. She won the British Fantasy Society Best Short Story Award 2015 and ‘Between Two Thorns’, the first book in Emma’s Split Worlds urban fantasy series, was shortlisted for the BFS Best Novel and Best Newcomer 2014 awards. Her first science-fiction novel, Planetfall, was published by Roc in 2015. Her second SF novel, After Atlas, was shortlisted for the 2017 Clarke Award. Emma is an audiobook narrator and also co-writes and hosts the Hugo-nominated, Alfie Award winning podcast ‘Tea and Jeopardy’ which involves tea, cake, mild peril and singing chickens. Her hobbies include dressmaking and playing RPGs. She blogs at www.enewman.co.uk and can be found as @emapocalyptic on Twitter.